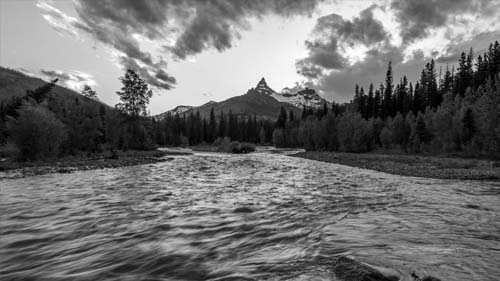 God Speed Los Polacos (adventure, whitewater), 90 minutes
GODSPEED, LOS POLACOS! tells the story of five university students on the edge of adulthood who skillfully pull the strings of the Soviet system, and find themselves on a kayaking expedition in the Americas with a six wheeled military truck, homemade equipment, and little to no whitewater skills.
The story follows their epic two-year journey that culminates in the record-breaking first descent of the world’s deepest canyon, and finds the kayakers in Soviet cross-hairs after they leverage their new found fame to fight for democracy in the Eastern Bloc.

The Chairlift (skiing), 12 minutes
This film is an ode to the often over-looked device that enabled a sport and still acts as a central pillar of ski culture to this day.

My Last Day of Summer (Mountain Biking)
8.5 minutes It is the last day of summer and Julia is at the local bike shop hoping that her bike can be fixed. While waiting she browses the shop until she stumbles upon a comic book. The comic explores a world which stylizes the sights and sounds she would experience on the trails. Blended with her imagination she finds herself on a ride like no other. A young girl hopes that her broken bike will be fixed for the last day of summer.
She finds a comic book in the local bike shop which explores the sights and sounds she loves most. Combined with her imagination she can live the ride she dreams of.

Where I Belong (Fly Fishing), 9 minutes
Chris Hill, an angler and environmental lobbyist, has long found solace in the outdoors. And yet she didn’t see people like herself out there until recently. Through Instagram and other social media platforms, she says, underrepresented voices are creating a new kind of conservation movement. “People who are of marginalized communities have just banded together and said, ‘we’re gonna do it ourselves, we’re gonna create space in the outdoors for people who look like us.’”